BECKLEY, WV – West Virginia board game publisher Lonely Hero Games has announced their second title Hungry for Humans which will feature West Virginia restaurants, cryptids, and landmarks. They plan to use this new game to shine a positive light on the state of West Virginia by showcasing some of the state’s best restaurants, its talented artists, beautiful landscape, and the friendly nature of its residents.

“After the success of our first title, we felt like we owed our community something with this new game.” said Jared Kaplan, co-founder of Lonely Hero Games. “West Virginia is not only naturally beautiful, but it also has a lot to offer the world beyond what people give us credit for. The state is filled with creative businesses, talented artists, incredible food, friendly people, and fascinating folklore. We truly feel this game will showcase all of this to a growing world of tabletop gamers.” 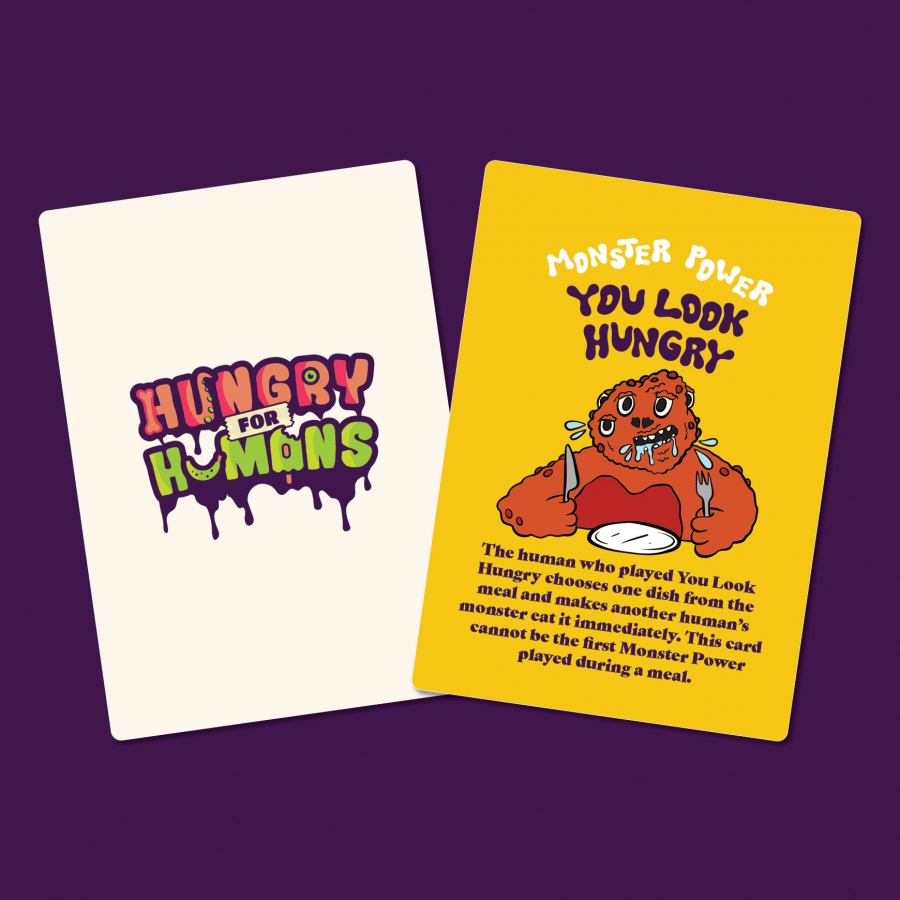 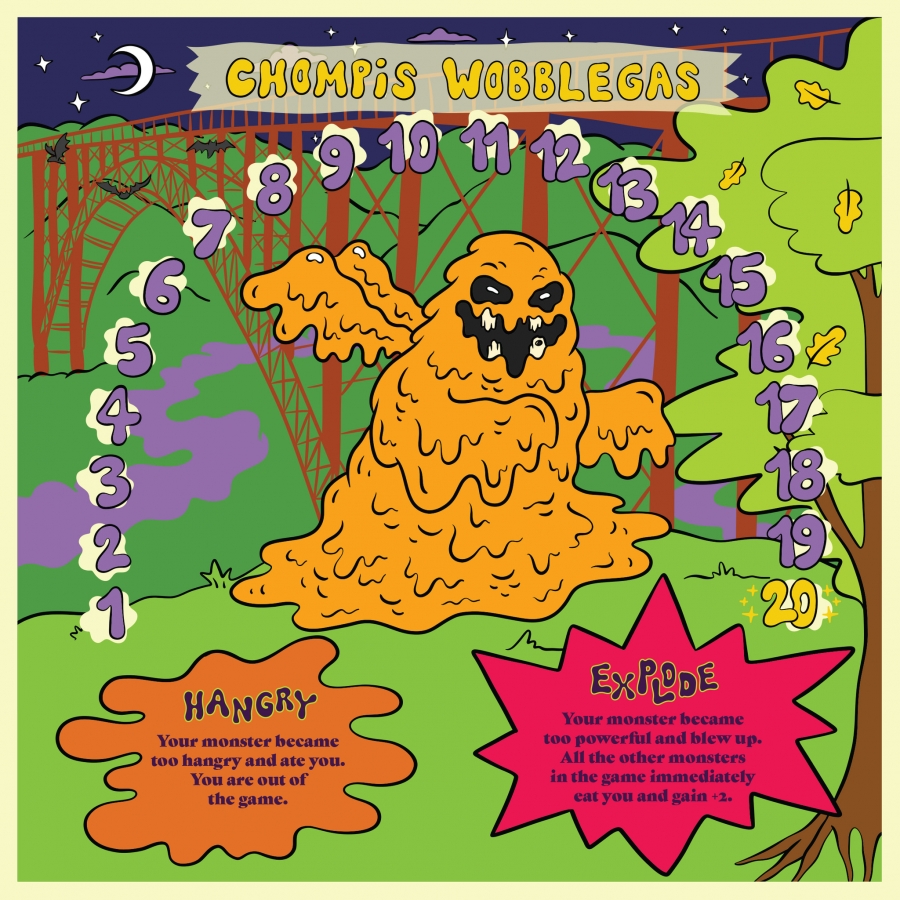 In the game, each player has a monster friend which they must feed the best food they can find so the monster won’t eat them instead. The dishes players use in the game all come from West Virginia restaurants such as Pies & Pints, Tudor’s Biscuit World, The Chocolate Moose, Ellen’s Homemade Ice Cream, Oscar’s Breakfast, Burgers & Brews, The Dish Cafe, The Wild Ramp, Mario’s Fishbowl, I Scream Sundae, and many others from across the state.

In addition to the restaurants, cryptids such as The Mothman, The Flatwoods Monster, The Grafton Monster and more appear in the game to help you sabotage your opponents and help your monster win. The game’s box artwork features The New River Gorge, Seneca Rocks, Summersville Lake, and Babcock State Park. All of the artwork was created by Liz Pavlovic who has become well known in the WV art community over the last several years with her unique artistic style and popular WV cryptid illustrations.

You can support the game and get a copy by visiting the Kickstarter campaign where the company is raising funds to help push the game into the world. “Our first game had a successful Kickstarter run in October 2019 that allowed us to reach hundreds of new customers across the US and even more around the world. We’re hoping that with the support of our community we can push this game to an even wider audience that will see what an amazing home we have in West Virginia.”

Hungry for Humans is on Kickstarter now. You can preorder your copy by visiting https://www.kickstarter.com/projects/lonelyherogames/hungry-for-humans

Funded in One Hour on Kickstarter: Nanobag 5.0 - Ultralight Bags

Read Funded in One Hour on Kickstarter: Nanobag 5.0 - Ultralight Bags by YAHOO!Finance

Turn-Based Cyberpunk RPG Keylocker Is in Final Days of Kickstarter

“Think of it as a Kickstarter tote bag but much, much better”: Dirt, an entertainment newsletter, is funding itself with NFTs, not subscriptions

Read “Think of it as a Kickstarter tote bag but much, much better”: Dirt, an entertainment newsletter, is funding itself with NFTs, not subscriptions by Nieman Journalism Lab