Joe Biden was greeted by Lori Lightfoot in Chicago on Thursday where he is going to speak on promoting his new vaccine mandates while lawmakers in D.C. have still yet to reach a deal on the budget or infrastructure packages.

When a reporter yelled a question at President Biden about whether he supported raising the debt ceiling, he smiled before shaking hands with Chicago Mayor Lightfoot.

Before getting into the car when deplaning Air Force One, Biden crossed his fingers toward the cameras in the press corps as Congress works toward a deal on two major funding bills.

Biden will tour and speak at a Clayco construction site in Elk Grove Village, Illinois to promote his new Executive Order mandating all companies with at least 100 employees require their workers to provide proof of vaccination against COVID-19.

The trip was delayed last month so he could stay in D.C. to work toward brokering a deal on the budget and infrastructure packages, which are still not passed.

It is still unclear when Occupational Safety and Health Administration (OSHA), which falls under the Department of Labor and has the authority to issue the workplace vaccine mandate, is going to fully implement Biden's order.

The order, if implemented, will likely impact 100 million working Americans in the midst of a U.S. workers' shortage that has some companies pleading for applicants with incentives and bonuses. 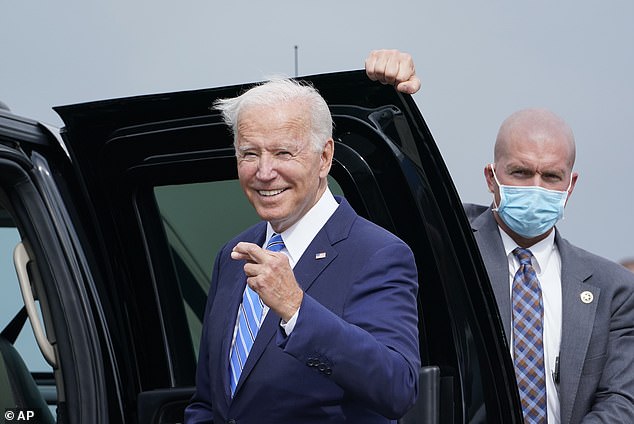 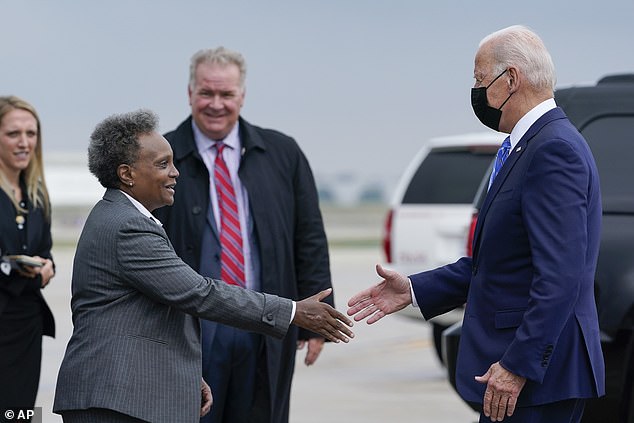 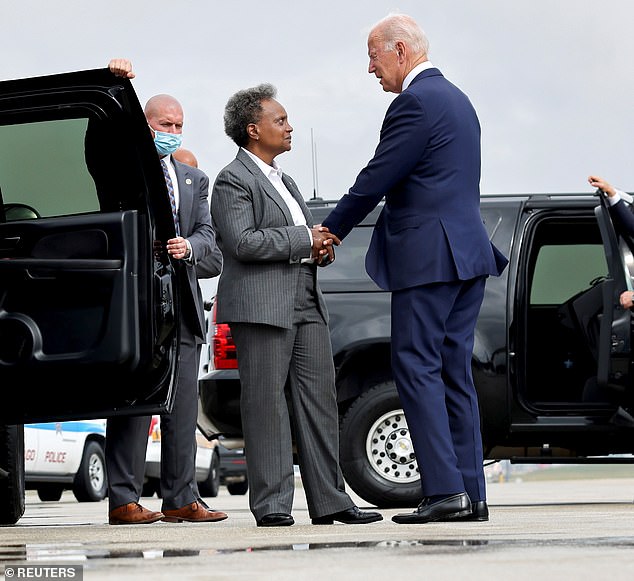 When a reporter yelled a question at President Biden about whether he supported raising the debt ceiling, he smiled before shaking hands with Chicago Mayor Lightfoot

A Wall Street Journal op-ed earlier this week details that the mandate is essentially 'nonexistent' because it has not actually been implemented but is 'effective at compelling industries and companies into compliance, as it leaves room for any eventual issuance to target noncompliant entities.'

'This implied cudgel is particularly effective on industries and companies that are dependent on federal spending or the goodwill of federal regulators,' the editorial continues. 'The nonexistent mandate also allows so-inclined state and local governments and companies to issue their own mandates, seemingly in lockstep with Washington.'

Some companies have already started requiring employees to provide proof of vaccination or have given timelines for workers to get the jab – or jabs. 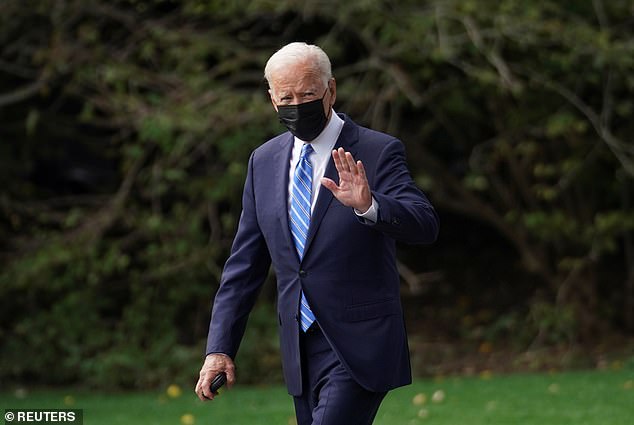 President Joe Biden is heading to a suburb of Chicago, Illinois on Thursday to promote his new vaccinate mandate for workers at companies with at least 100 employees 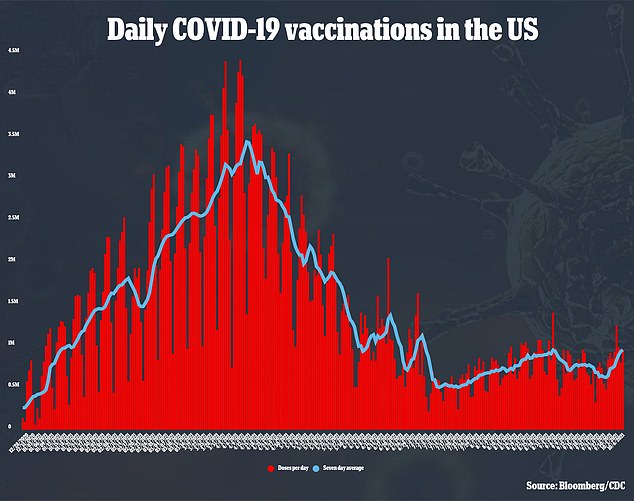 The mandate will likely affect 100 million U.S. workers as the frequency in which Americans were getting the jab plummeted over the summer and remains in that range 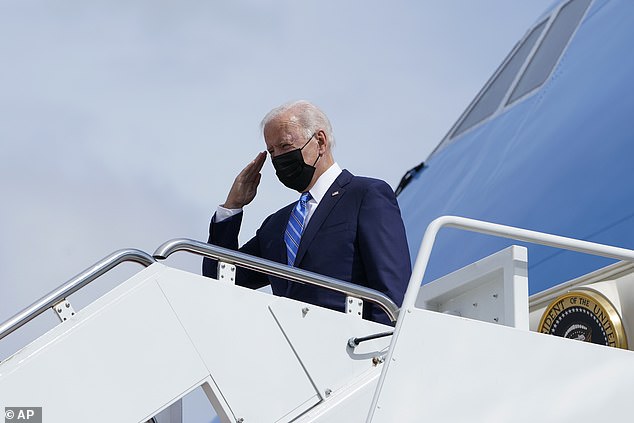 The president salutes as he boards Air Force One at Joint Base Andrews in Maryland on Thursday as he departs for Elk Grove Village, Illinois where he will will tour and speak at a Clayco construction site